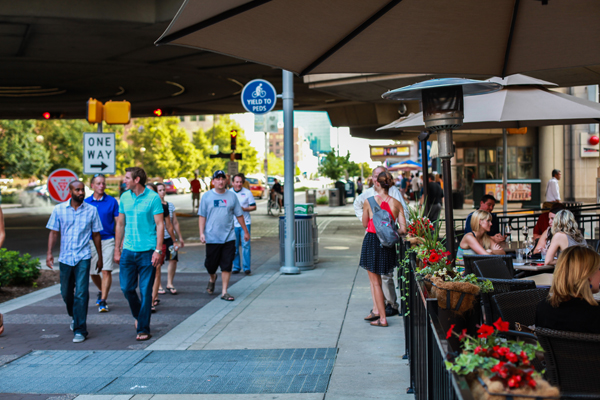 Context Sensitive Solutions reviews the background and process of the creation of the Indianapolis Cultural Trail.

Abstract: “Leaders in the city of Indianapolis, Indiana, wanted to make it easier for people to visit the city’s cultural districts, which were disconnected from the heart of downtown and didn’t get the attention they merited. In a city with a successful linear park and trail system, but no on-street bicycle facilities, one leader envisioned a bicycle and pedestrian trail through the heart of downtown Indianapolis. Twelve years later, the city, through a public-private partnership, completed the construction of an eight-mile, separated facility that forms a loop around downtown with spurs to connect five cultural districts and neighborhoods, as well as the city’s greenway system.”