If you’ve ever spent time exploring downtown Indy on the Cultural Trail you may have noticed unique markings at every crosswalk along the 8 mile Trail. These markings, complete with bicycle and wheelchair symbols, a Cultural Trail logo, and geometric patterns are what is known as “Duratherm” and they’re about to make you much more interested in asphalt treatments. Didn’t believe that was possible? Keep reading. 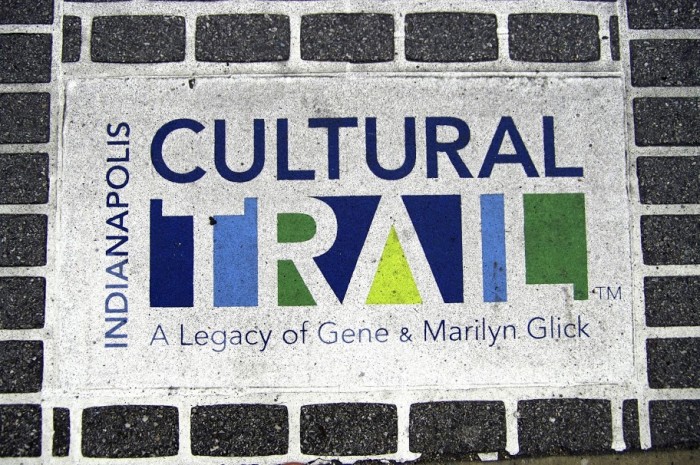 During the design process of the Cultural Trail, it became apparent that some highly visible crosswalks would be necessary to increase the safety of the millions of pedestrians and bicyclists that would use the Trail every year. Over 60 crosswalks were included in the proposed route with many involving some of the busiest streets in downtown Indianapolis. The solution to this problem would need to be both highly visible and incredibly durable. It would need to last for years while maintaining an attractive appearance consistent with the design elements of the Trail. 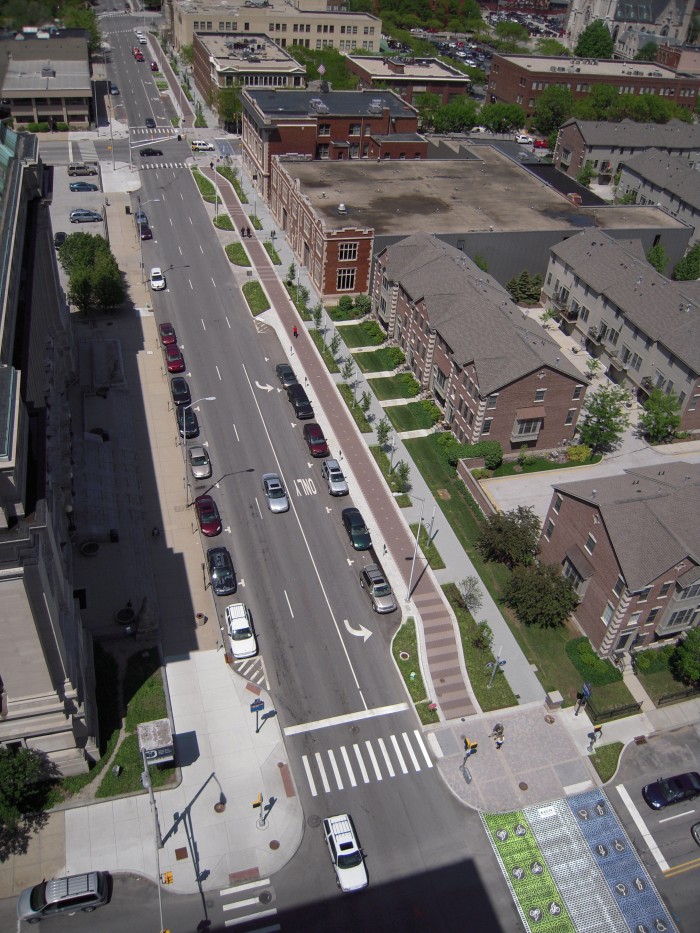 Duratherm, a thermoplastic material applied to imprinted asphalt was quickly identified as the answer. It lies just below the asphalt surface resulting in less wear and tear caused by automobiles and snow plows and a smoother ride for passing bicycles, wheelchairs, and skateboards. The installation process requires a machine capable of raising the temperature of existing asphalt to approximately 230° Fahrenheit and adding the thermoplastic material which is then melted to bind with the hot pavement. 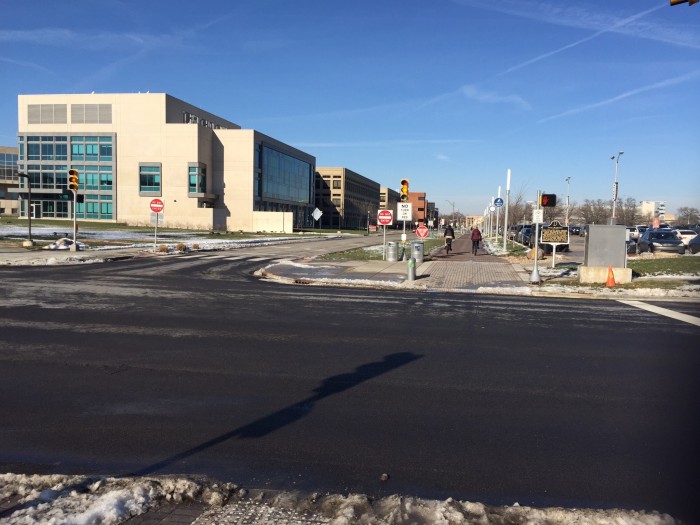 The downside of this technology? It can’t be applied below 40° F, which is why the crossing at New York and Blackford Street on the IUPUI campus remains blank until warmer weather. For updates on this project follow us on Facebook, Twitter, and Instagram and in the meantime be extra careful at this unmarked crossing. Believe it or not, warmer days are coming and bringing with them some pretty “hot” pavement markings to increase visibility of all Trail users.