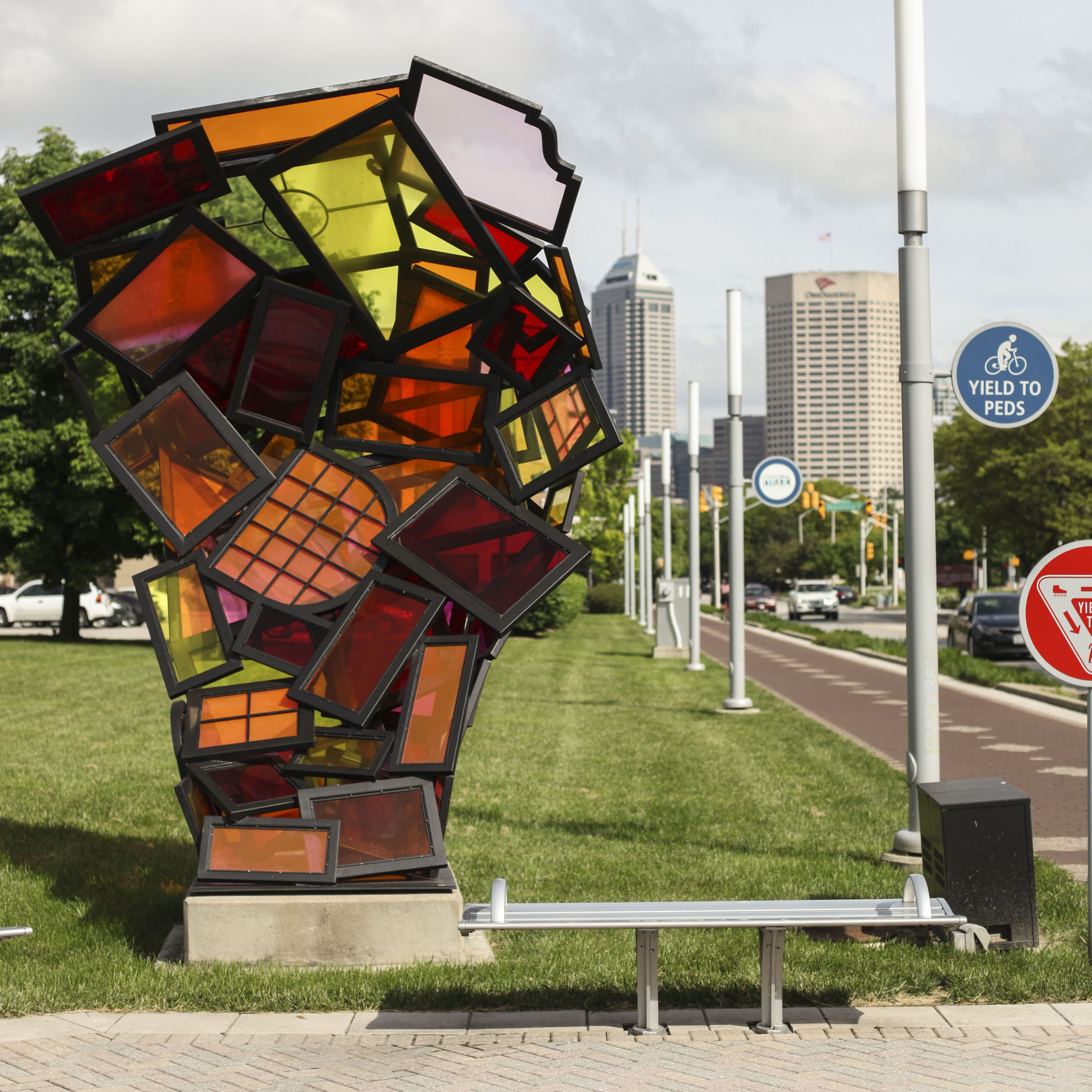 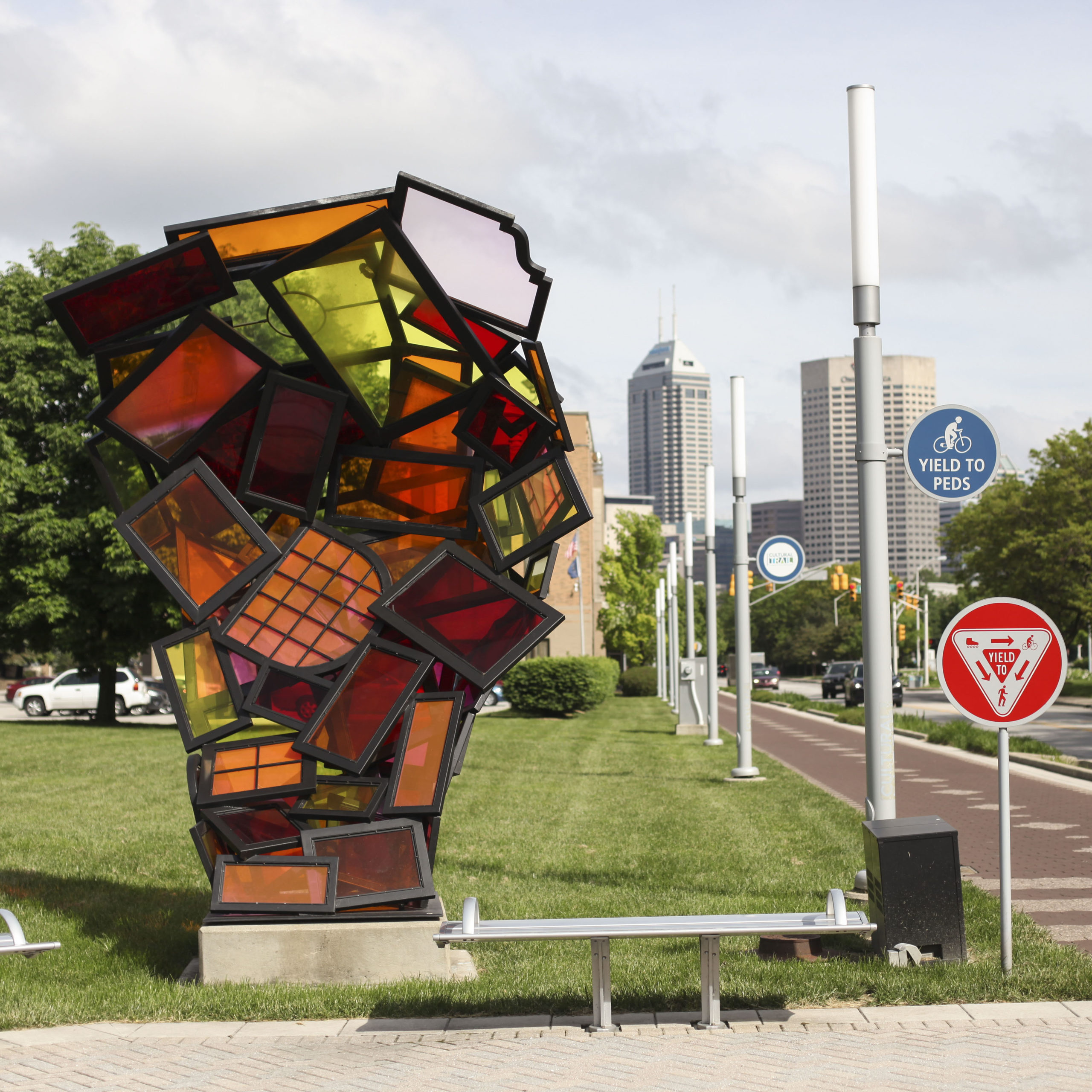 Located at the corner of Indiana Avenue and St. Clair Street

Through a grant from Central Indiana Community Foundation (CICF) and a gift of land from the Indianapolis Urban League, students from the Herron School of Art & Design at Indianapolis University Purdue University Indianapolis participated in a competitive request for proposals for a temporary art project at the site. The winning installation, “Looking Through Windows” by Michael Kuschnir, was installed in April 2012. In April 2014, at the end of the loan period, the artist generously donated the sculpture to Indianapolis Cultural Trail, Inc. so that it could remain on display in the neighborhood.

Walking the neighborhood, reflecting on the historic homes and windows in the area, and speaking with existing residents and individuals who work near the site inspired Kuschnir.

“My artwork begins with an architectural element that I manipulate through repetition… I took an assortment of existing windows on Indiana Ave and combined them with generic window forms to create a gestural sculpture. The inspiration for this piece came from listening to people of the community talk about this site. Some people reminisced about the past while others talked about the future of this location. I collected these viewpoints as if they are windows into each of us. Now I give the opportunity for everyone to see this neighborhood in these warm embracing colors; an opportunity to look at this community through each other’s lenses.”

The sculpture is composed of 53 window forms.

Michael Kuschnir is originally from Cleveland, Ohio. At the time of fabrication, he was a graduate student at Herron. He completed his Master in Fine Arts degree in May 2012.