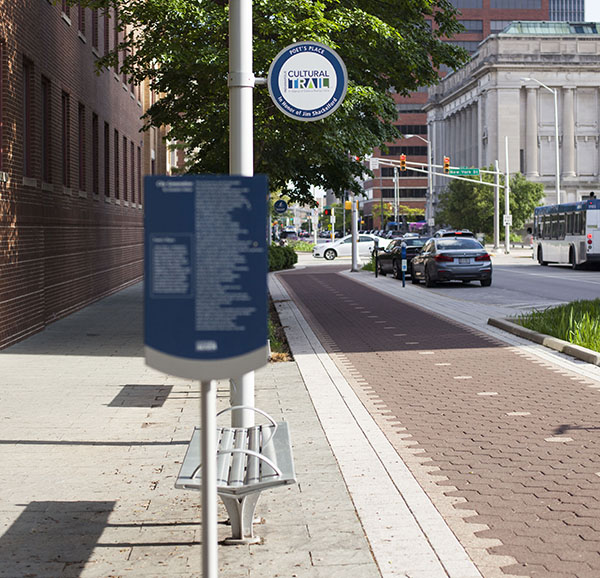 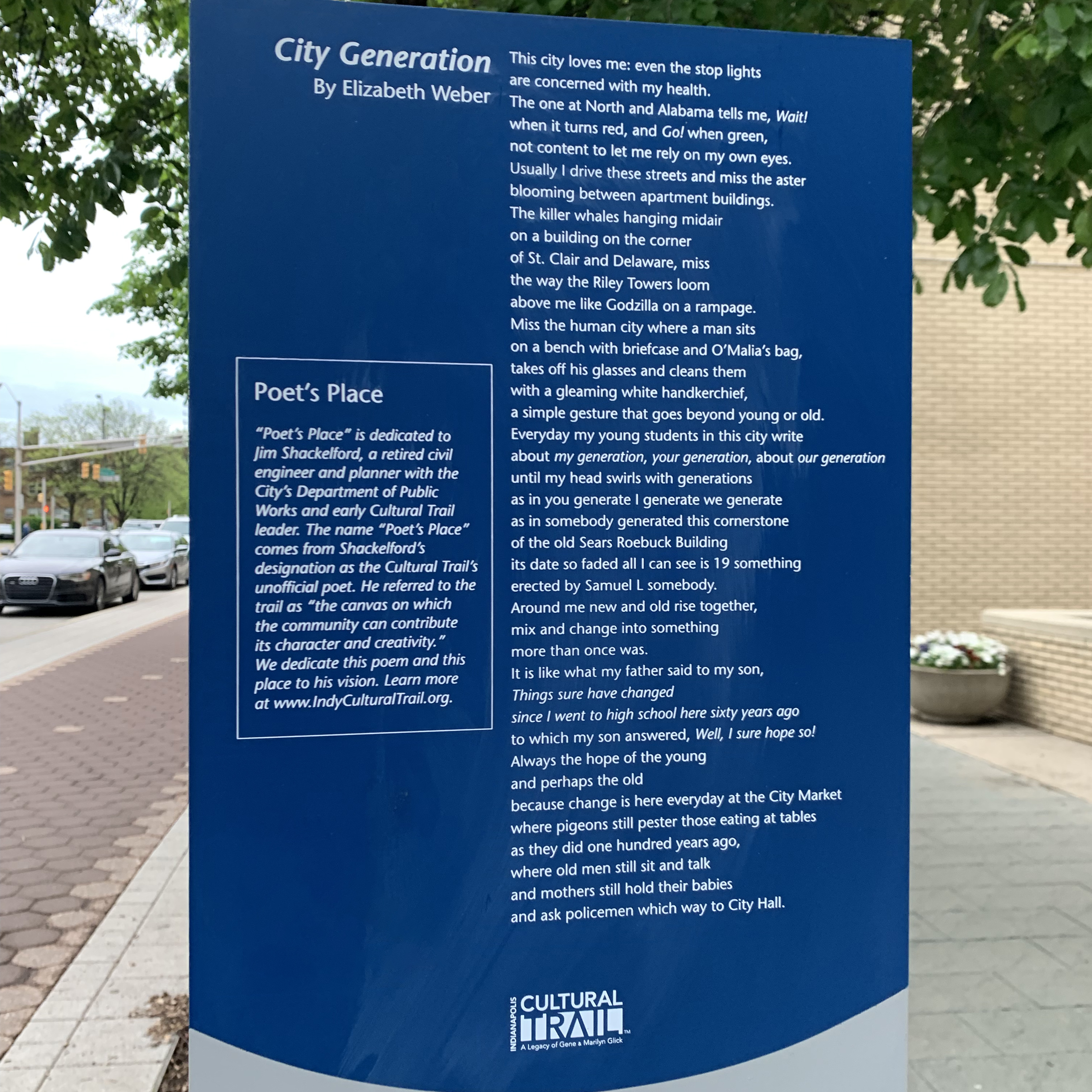 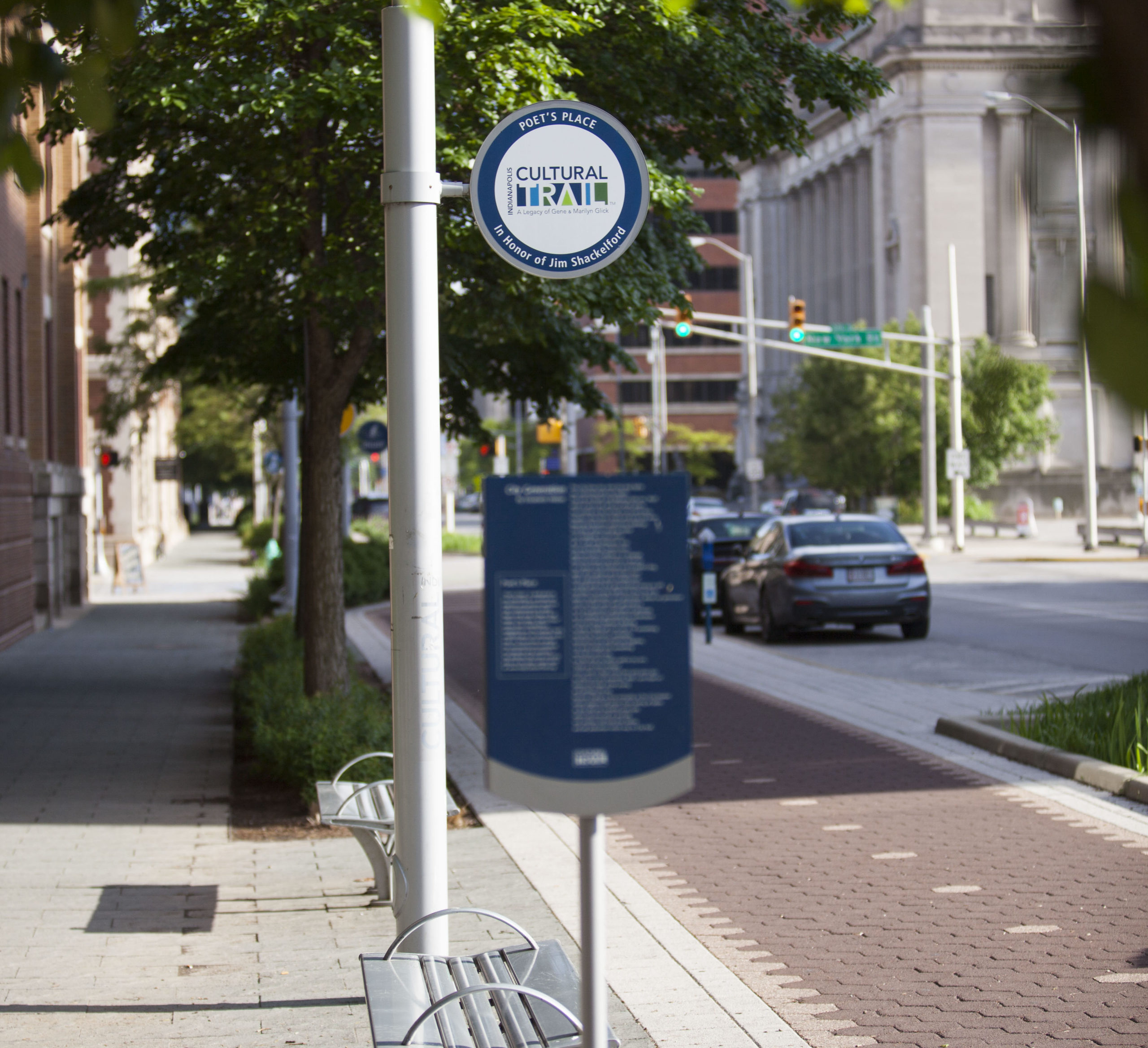 “Poet’s Place” is dedicated to Jim Shackleford, who retired as a civil engineer and planner with the City’s Department of Public Works. He was an early Cultural Trail leader and champion. The name ”Poet’s Place” was derived from Shackelford’s designation as the Cultural Trail’s unofficial poet. He referred to the Trail as “the canvas on which the community can contribute its character and creativity.”

In 2009, as part of the Moving Forward bus shelter project by Donna Sink, a call for poetry was released. Sink and the Cultural Trail management team were so impressed with the submissions that they selected a special poem, “City Generation” by Elizabeth Weber, to display at Poet’s Place.