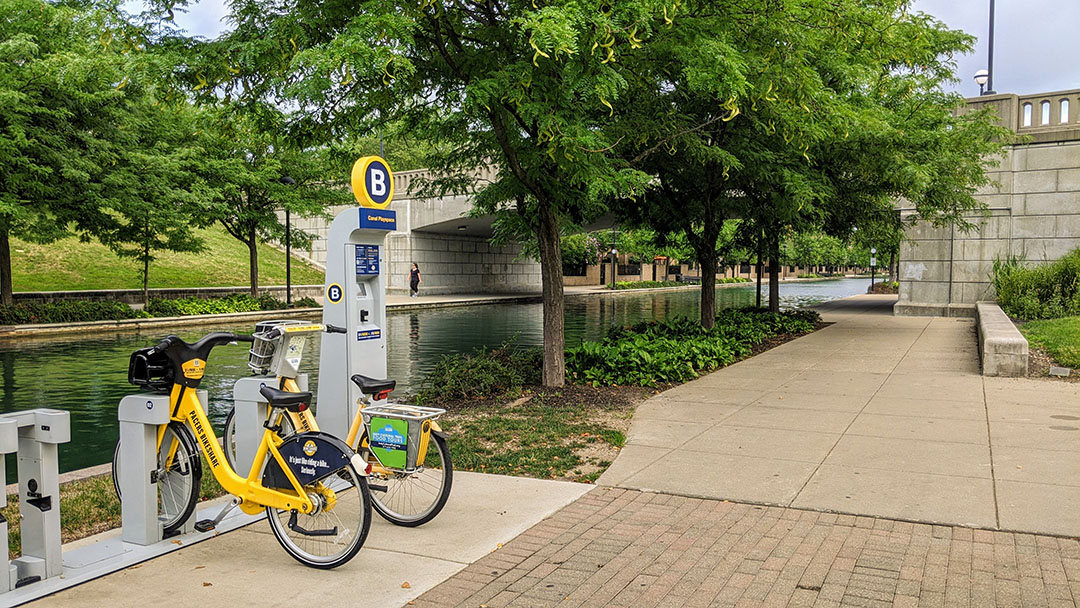 New stations added last year are some of most popular

Indianapolis Cultural Trail Inc, the non-profit organization that operates Pacers Bikeshare, the City of Indianapolis’ bike share program, announces the new stations added in 2019 are some of the busiest stations in the system this summer. Additionally, residents are taking longer bike rides on Pacers Bikeshare than in previous years.

“Pacers Bikeshare is providing a way for residents to stay active and get outdoors and also maintain six feet of distance between yourself and others,” said Kären Haley, Indianapolis Cultural Trail Executive Director. “We’re proud to have been able to continue to offer Pacers Bikeshare to Indianapolis residents throughout the pandemic as way for people to get to work – as we have since we began, but also excited to see so many residents use bike share for the first time and use it to explore Indianapolis, discover many of our city’s parks and greenways and support local businesses.”

Last Fall, Pacers Bikeshare almost doubled in size to a total of 50 stations. The 2019 expansion was the first major expansion in the program’s five year history which started in downtown in 2014 with 29 stations primarily located along the Indianapolis Cultural Trail.  The expansion added 21 stations, mainly in neighborhoods along the city’s extensive bike and greenway network including the Monon Trail, Canal TowPath, White River Trail, Fall Creek Greenway and in Garfield Park. Since May, over 40 percent of Pacers Bikeshare trips started at the new stations installed last year, including three of this summer’s busiest stations which include:

“The five busiest bike share stations reflect the many ways people are using Pacers Bikeshare and also illustrate that there is a lot of use along the city’s greenways and cultural districts,” Haley continued. “The busiest stations are also very diverse geographically and show that neighborhoods all over the city are embracing Pacers Bikeshare; it’s fascinating to see how the ridership patterns have changed with so many people being at home. The areas of the city that are closed to vehicle traffic like Mass Ave and Broad Ripple Ave are also seeing very high ridership.”

To encourage people to try Pacers Bikeshare, free community rides are scheduled later this summer called “Let’s Go For A Bike Ride” powered by Knozone. Each ride in the series will consist of a brief “how to” on Pacers Bikeshare followed by a short bike ride. Rides will begin at different stations throughout the city. Individuals should visit the Indianapolis Cultural Trail website to learn more about the EveryBody Rides program and if they qualify for $5 monthly passes.

Individuals who are not able to or comfortable riding a traditional two-wheeled bicycles are able to rent adaptive bikes through the Adaptive Bikes Program, another program aimed at getting everybody, regardless of ability, on a bicycle. Bikes available through this program include a recumbent tricycle, upright standard tricycle, upright hand tricycle, and a miniature recumbent tricycle.