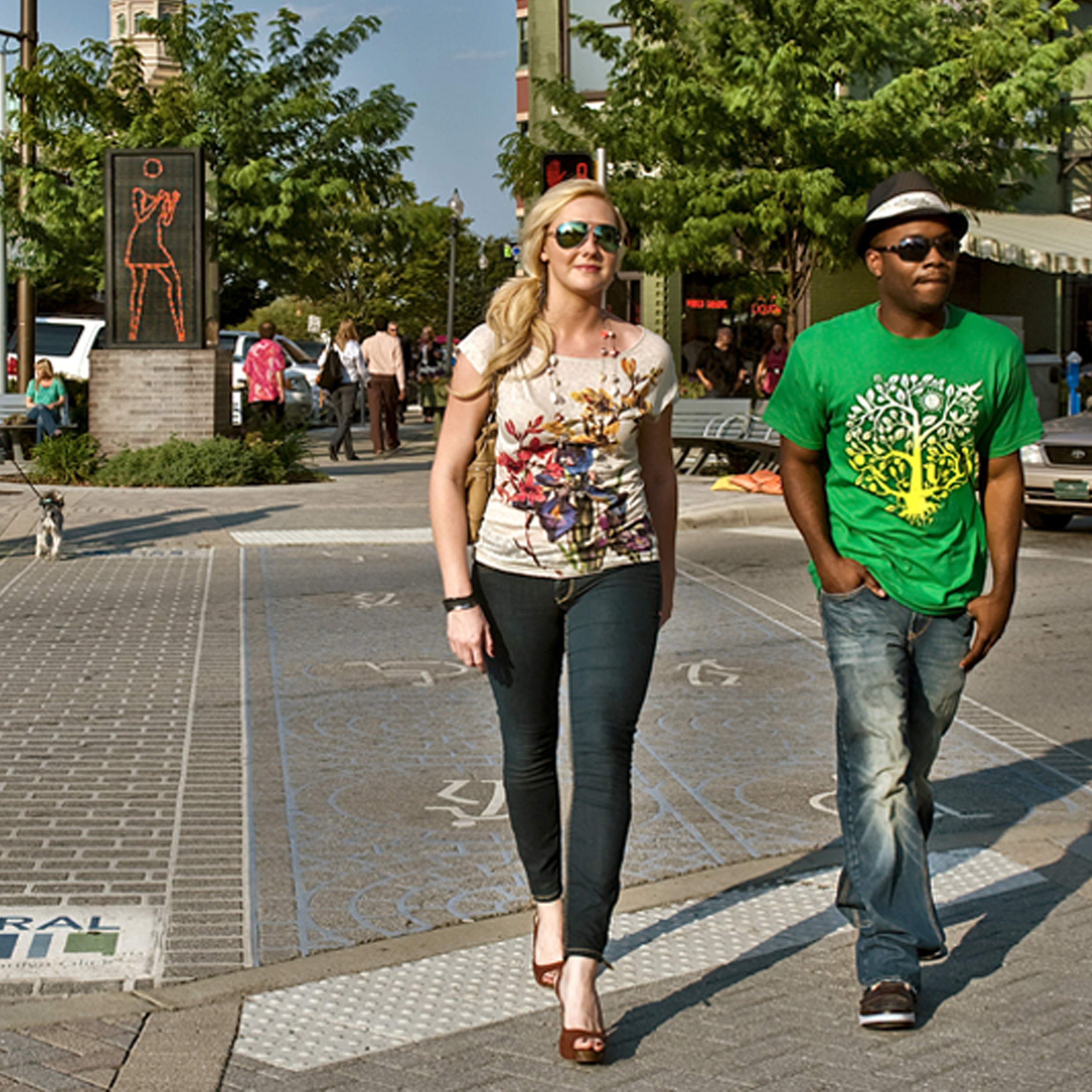 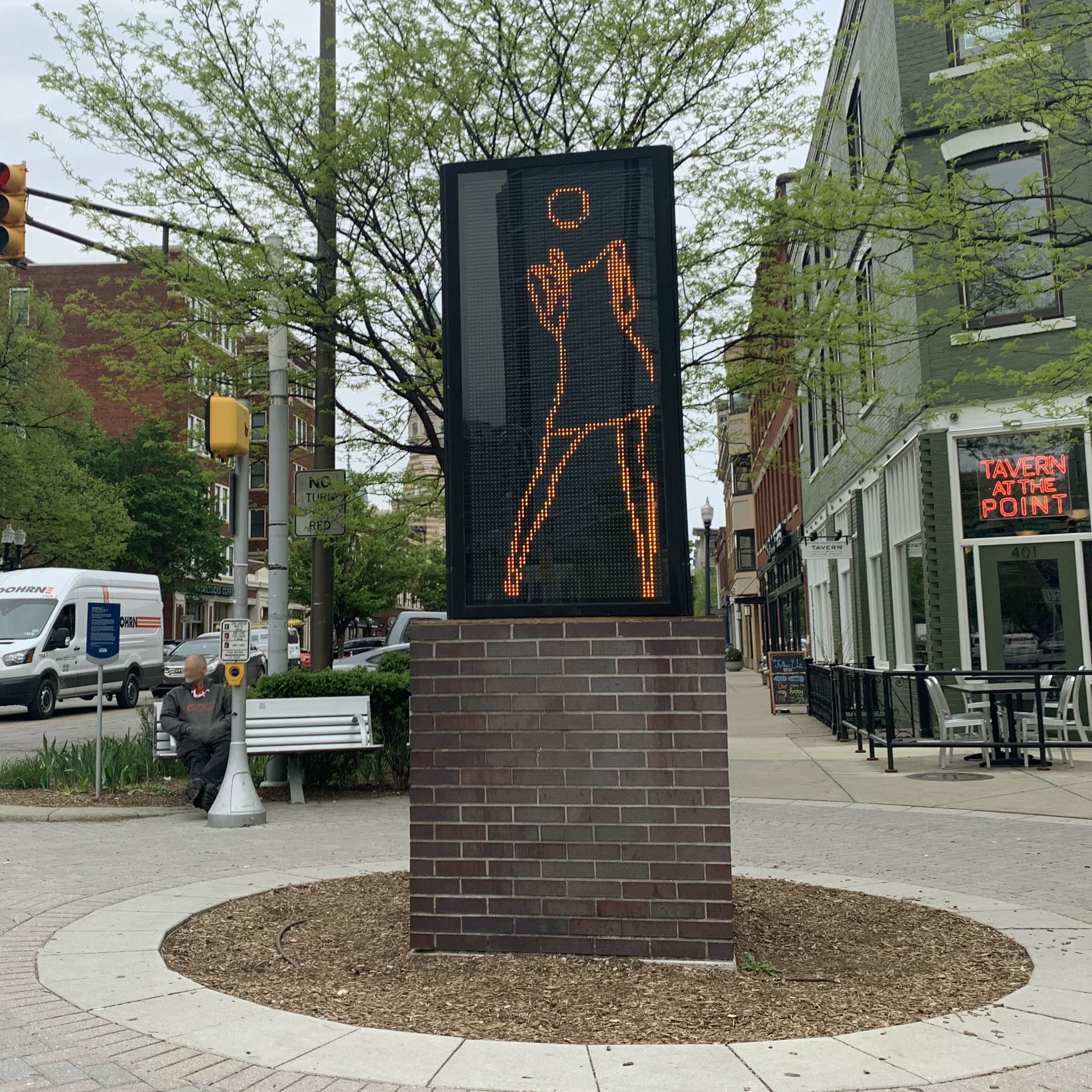 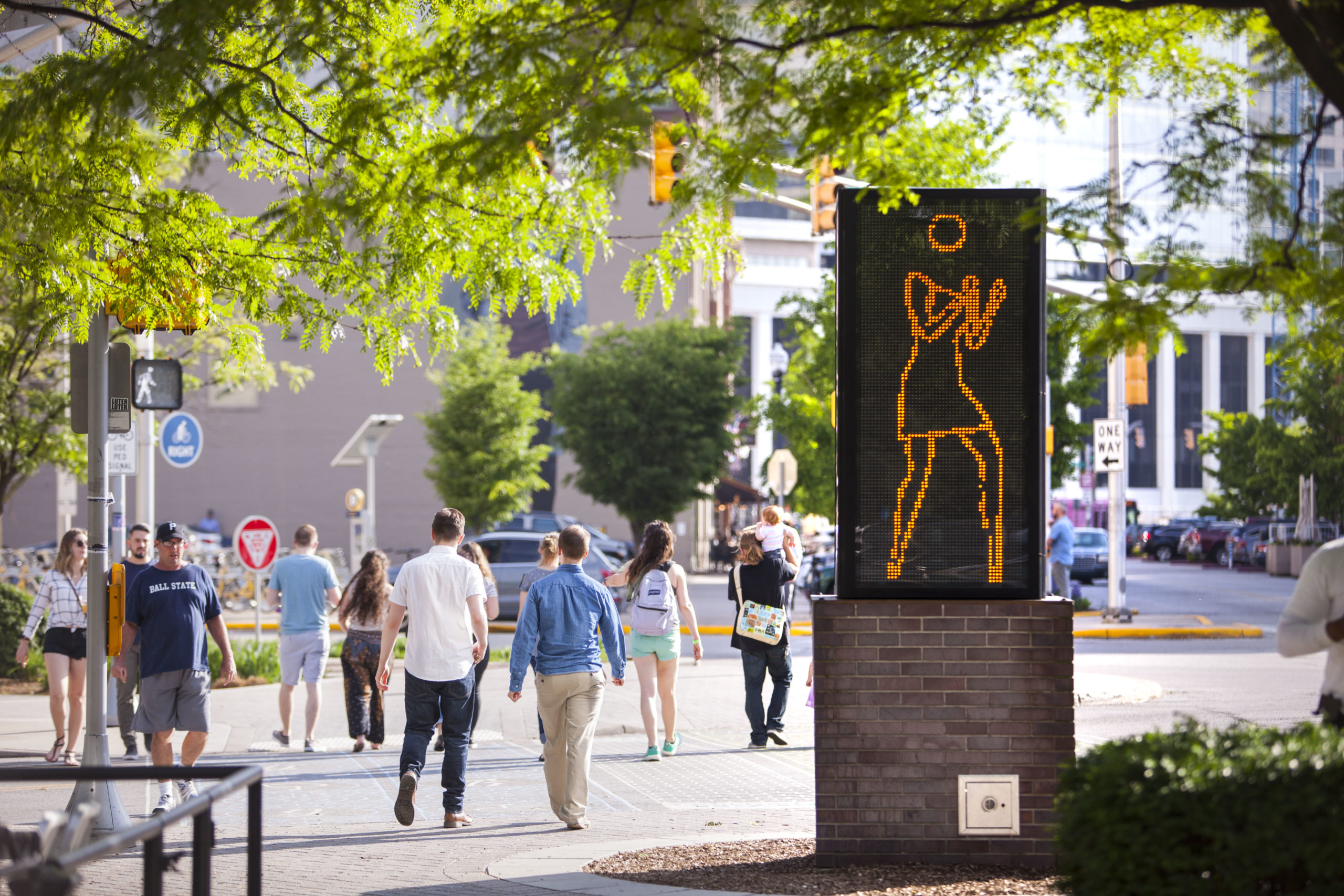 Follow along with the Keep Ann Dancing fundraiser here.

Generously underwritten by the Christel DeHaan Family Foundation, in honor of the children and families of Christel House.

“Ann Dancing” is located at the intersection of Massachusetts Avenue with Vermont and Alabama streets. This animated artwork references the historic use of the female form as architectural embellishment. Whether looking at the caryatids on the Acropolis in Athens, Greece, or the personifications of Industry, Agriculture, Justice and Literature found at Indianapolis’ own Federal Courthouse (located a few blocks south on Ohio Street), the female form has often been used in the development of inspiring places.

Situated within the Mass. Ave. Cultural District, the artwork also reflects the area’s artistic flair. Ann is dancing at the end of the block that houses the Chatterbox Jazz Club, a club that has been showcasing jazz for more then 28 years. The district is also home to many of the city’s independent restaurants and boutiques, theatres, galleries, and more.

Julian Opie is internationally regarded for his artwork, which often updates aesthetic traditions. His artwork can be found in the collections of many prestigious museums such as the National Portrait Gallery and Tate Gallery, London; the Museum of Modern Art, New York; Stedelijk Museum, Amsterdam; and The Israel Museum, Jerusalem. In 2005, Opie was commissioned by the Arts Council of Indianapolis to create a temporary exhibition in public spaces entitled Julian Opie: Signs. He produced this, his first 4-side LED “column,” for that show.