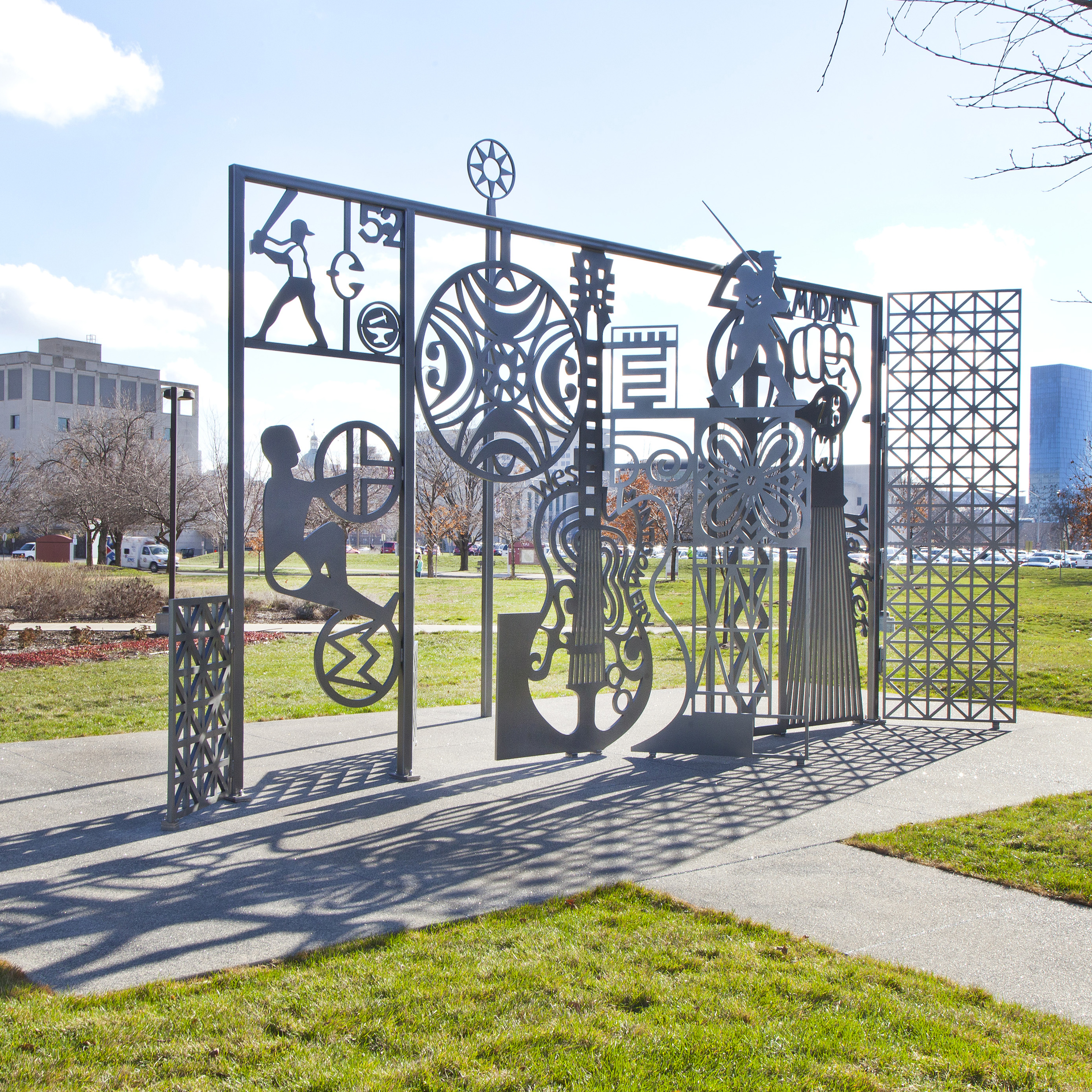 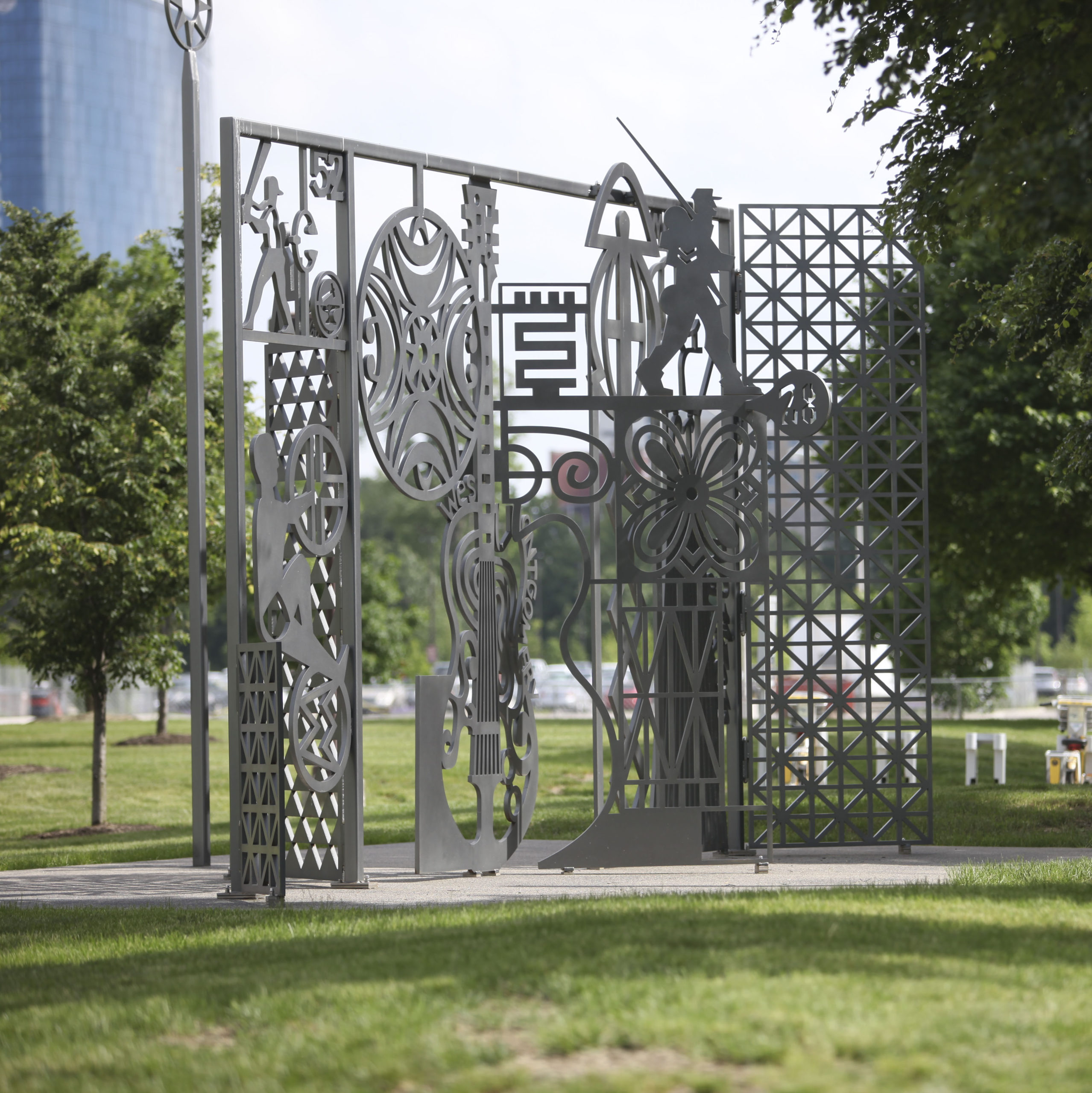 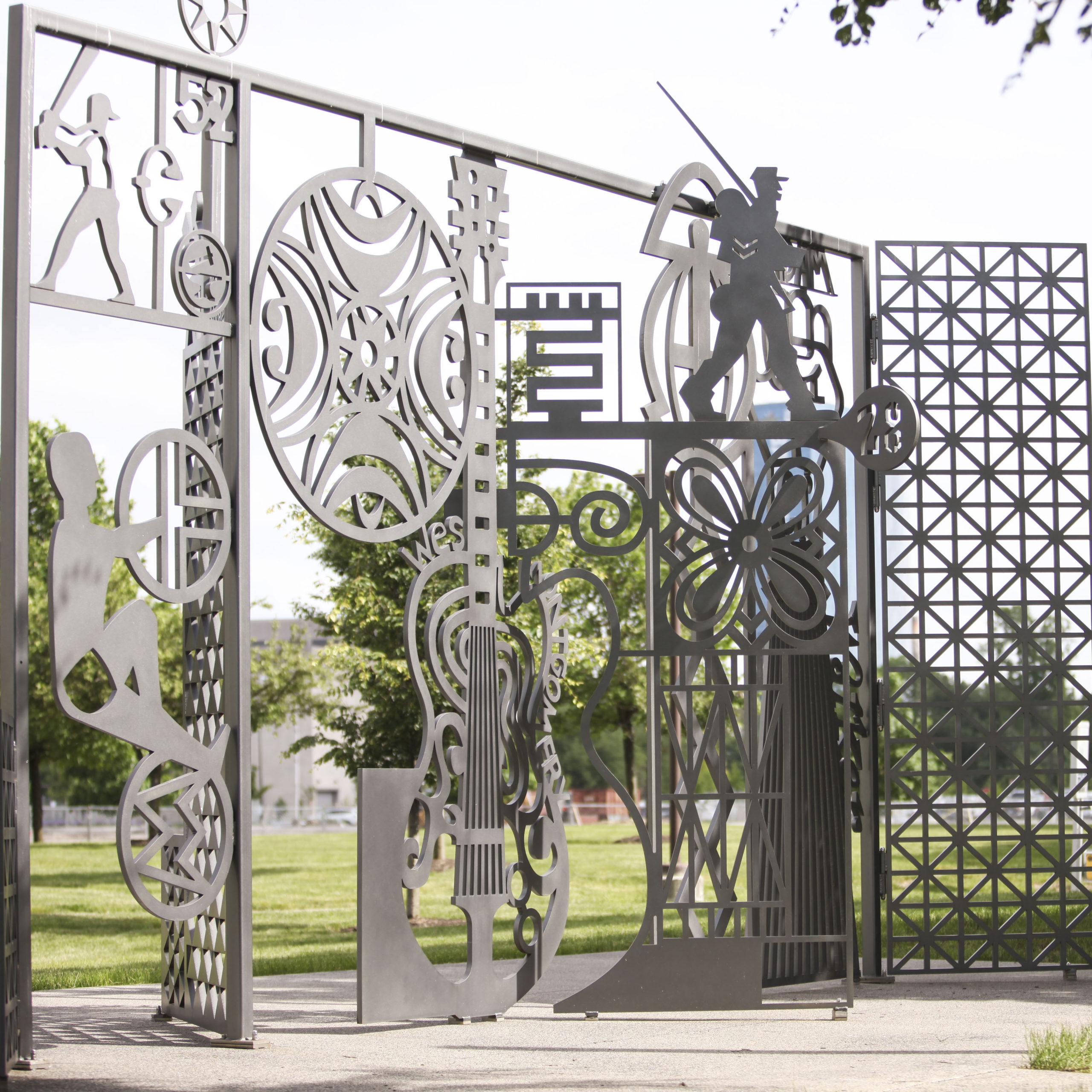 Located on Blackford Street on the IUPUI campus

Bernard Williams’ projects investigate the complexities of American history and culture through painting, sculpture, and installation. This sculpture is an open-ended conversation about the African-American history of Indianapolis: a “talking wall” in which elements speak both to each other and to the viewer. When visiting the sculpture, viewers both literally and figuratively walk in the shadows of heroic ancestors and cultural icons.

The patterns are derived from traditional African decorative carving and textiles as well as from African-American quilt making. Individual symbols reference nationally recognized historical figures such as Madame C.J. Walker, Major Taylor, and Wes Montgomery. Other icons represent specific African Americans known in Indianapolis for their achievements in education, the arts, athletics, and military service. The sculpture is crowned by a representation of the North Star, a symbol of the African-American historical and contemporary quest for freedom and dignity.

The artwork site itself is significant. It was once the location of IPS School 4, which was one of the original ward public schools and welcomed both black and white students until 1922 when it was designated for African-American children only. In 1953, a new IPS School 4 building—also segregated—was constructed just north of the original and named in honor of Mary Ellen Cable (1862-1944), an African-American woman who was renowned as a School 4 teacher and principal and as a civic leader. Cable founded the Indianapolis branch of the NAACP and served as the first president of both its Indianapolis and Indiana chapters.

Funding for the artwork was provided by the Central Indiana Community Foundation and the Indianapolis Cultural Trail: A Legacy of Gene & Marilyn Glick. The project was an initiative of the Greater Indianapolis Progress Committee and the Arts Council of Indianapolis, with additional support from Indiana University-Purdue University Indianapolis (IUPUI).