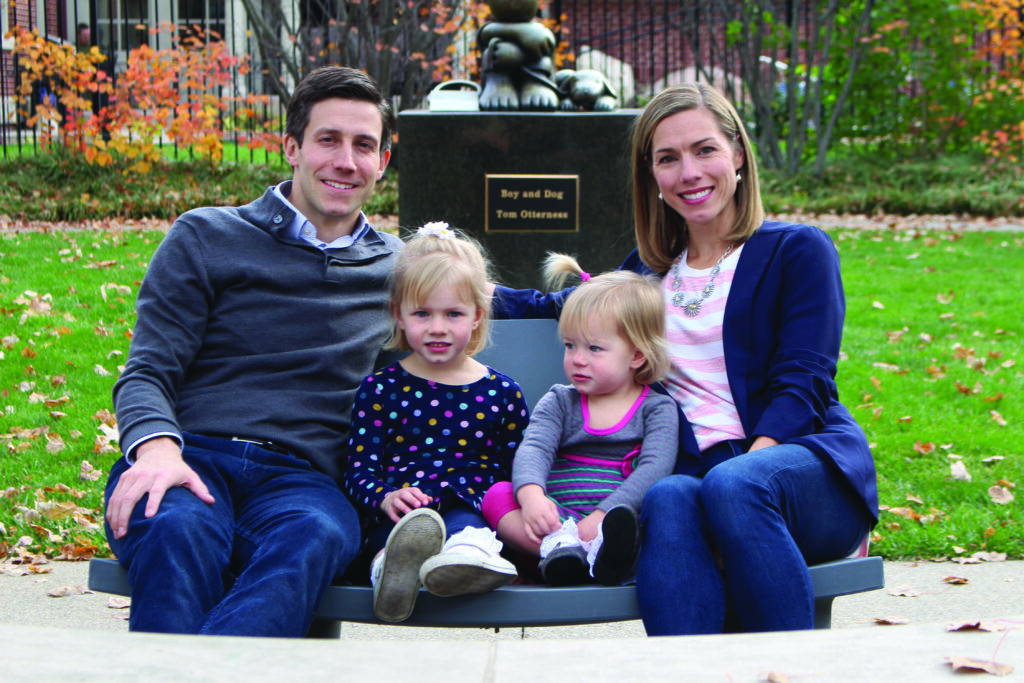 I grew up in Broad Ripple, moved away after college, and lived all over (Cincinnati, New York City, Philadelphia, San Francisco) for almost ten years. Then in September 2013 my wife (who is also from Indy) and I had our wedding in downtown Indianapolis, while we were still living in New York City.

Leading up to the wedding, we spent lots of time walking around downtown, doing wedding preparation, and rediscovering the city where we grew up. We were blown away. We were able to meet in Lockerbie with the priest presiding over our wedding, we met with our wedding planner on Monument Circle, we showed our out-of-town guests the canal, and we unwound at Bluebeard in Fletcher Place. We did all of this walking or biking along the Indianapolis Cultural Trail. Downtown had become a new place, and the Cultural Trail was the new centerpiece to all of it.

When we were kids, downtown was a grey place where sports fans went on weekends and grown-ups went for work during the week. The Indianapolis Cultural Trail made downtown feel different. More connected. More walkable. More friendly. It’s not an exaggeration to say the Indianapolis Cultural Trail was a leading factor in why we moved from New York to downtown Indy in 2014 (less than a year after our wedding!)

Fast-forward ~6 years. We lived on Mass Ave for three years and have been in Fall Creek Place for the last three. Our two daughters (ages two and four) love trips on the trail, and my wife and I still each use the trail on at least a weekly basis.

The vision and leadership of the people who built and maintain The Indianapolis Cultural Trail deserve a place on the Indianapolis ‘Mount Rushmore’ along with some of the visionary mayors and civic leaders of our past.